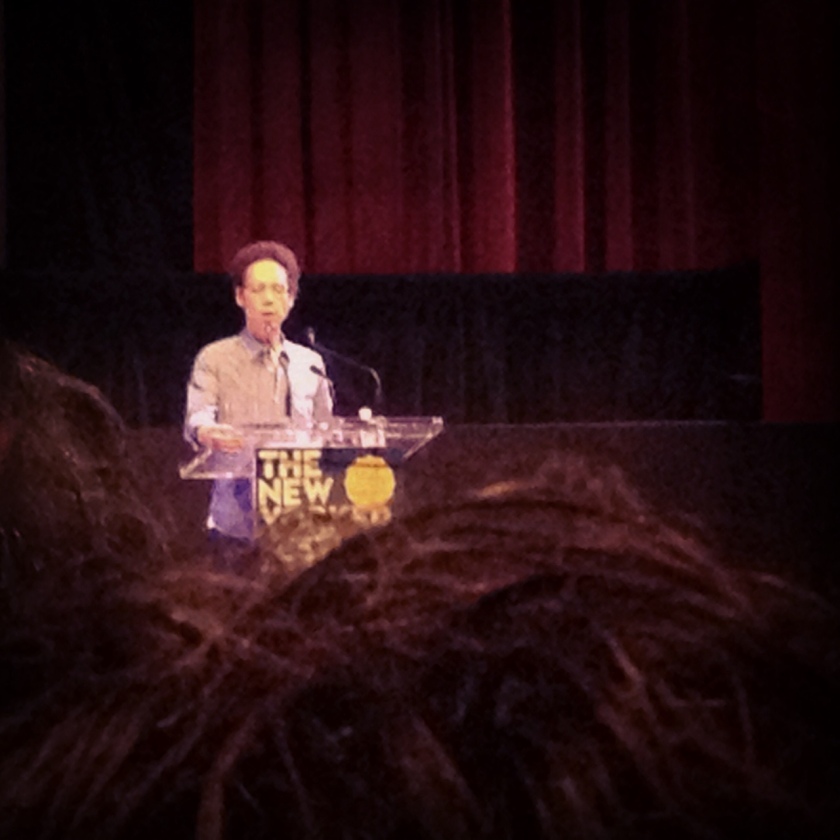 I was invited by a colleague to see Malcolm Gladwell speak at the SVA Theatre yesterday as part of the New Yorker Festival. I got there a little late but it was still fascinating. I’ve read all of Gladwell’s books in the last year so this was a big deal for me. This is the most interesting man in any room, as far as I’m concerned, and I could read a 400 page book about the telephone book if he decided to write one.

He took questions from the audience, some good, some not so good. It was ninety minutes, but it was thrilling. I could listen to him talk for hours. If you ever have the opportunity, go see him speak.