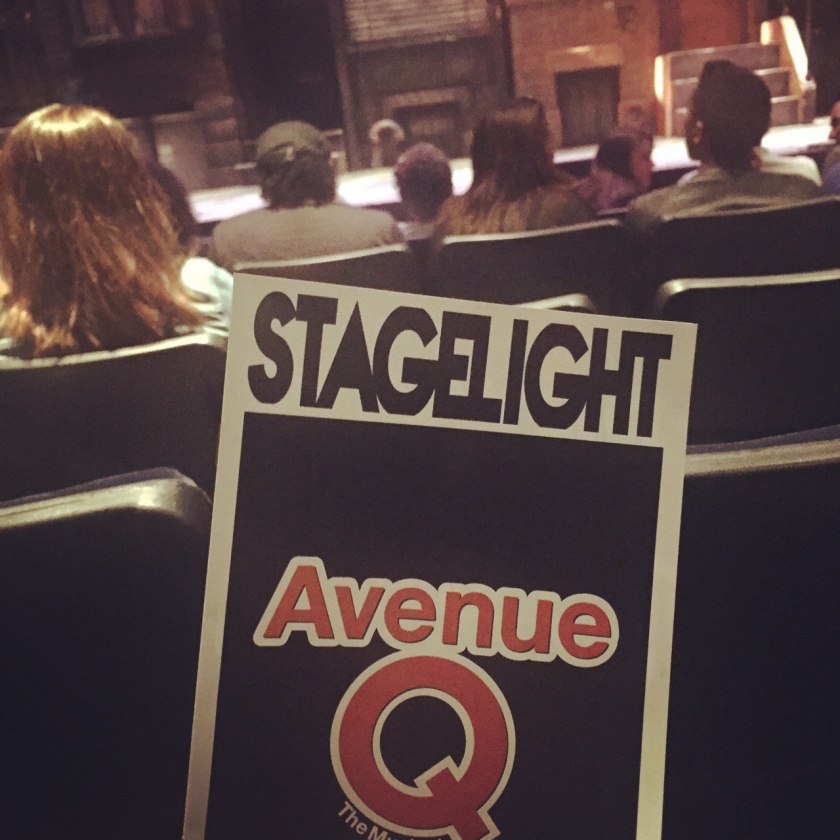 He liked it so much more than we both ever could’ve imagined. He never stopped laughing. I, of course, enjoyed it, too. It was nice to see it again, this time in a smaller space. The cast was fantastic across the board.

J spent the rest of the weekend ranting and raving to anyone who would listen about how good the show was. And like I said, he’s lost most of his interest in seeing Hamilton now because he doesn’t think it could entertain him more than Avenue Q did. Is Hamilton as funny as Avenue Q? Likely not. I’m certain it has it’s own merits though – duh, of course.

The moral of this story? Since no one can get tickets to Hamilton, go see Avenue Q. Obviously. Because it’s (still) a solid and terrifically entertaining show.