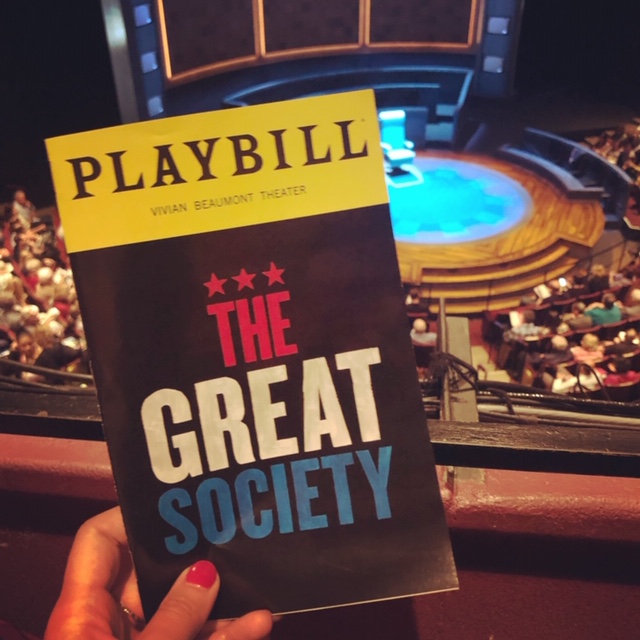 Lincoln Center’s 3-hour epic play, The Great Society, by Rob Schenkkan (who also wrote All the Way) was one of the first shows that I saw in the 2019-2020 season.

It was an unofficial (or maybe it was official? I don’t know) sequel to All the Way that told the story of LBJ’s attempts to create a “great society.” It details historical events like the Civil Rights Movement as well as the death of Martin Luther King Jr. and the downfall of Vietnam. It was so, so interesting.

I was never bored once and neither was my partner, who isn’t a regular 3-hour playgoer by any means.

Schenkkan succeeded again in writing an epic drama about American history and I can’t wait to see what he gets up to next.