I haven’t had an entire week off since about July 2012 (before I started my full-time internship in early August 2012). I’m a bit of a control freak and a worrier so I never like to take time off and detatch from work. I had used about five of my twenty vacation days so far when I realized it was late September and I could only carry over 5 of those remaining days, I decided to take this week off and do nothing.

Well, I took this week off, but I didn’t do nothing, technically. I slept in most days to 8am (a good two hours later than I usually sleep!), which was nice. I kept track of my work email on my phone and as far as I could tell, no shit was hitting the fan at all. Which was nice. Very nice.

Movies: I saw two – Cuatro and Gravity (in IMAX 3D). They were both good.

Shows: I saw A Night With Janis Joplin & Bronx Bombers. Both were awesome! Cooking: I made chocolate chip pumpkin muffins, chocolate chip cookies, butternut squash soup, and this linguine without the shrimp. Because I was lazy. the beginnings of butternut squash soup

TV: I don’t have cable, but I do have Netflix and I felt called to watch seasons 1 and 2 of Scandal. So I did. It was good, but you had to really be paying to it. I’m looking forward to the next episodes! But damn, Kerry Washington, I wish you wouldn’t have had all that plastic surgery.

Yoga: I made it to six yoga classes. Monday, Tuesday, Thursday, Friday (x2), and Saturday. I took four classes with one of my favorite teachers whose classes I can never make (because of timing) anymore. It was awesome. Apparently I have to slow my practice down. A lot. And she taught me how to use a yoga block to give myself a neck massage. Amazing. Below is my heart rate monitor after my most grueling vinyasa class: Running: I ran twice. Once last weekend (6 miles) and once today (3.2 miles). That’s good enough for me.

Coffee: I drank lots of coffee. I went to Birch, Ground Support, Think, Joe, and Everyman Espresso. I spent too much money at these establishments.

Food: I finally got to try Dakota Bar on 72nd and Columbus with two of my friends last night. I liked it – though it’s incredibly overpriced. The mini-burgers were really good though! I also had lunch with a friend down by his office at Bar Ciccio in SoHo.

Firsts: I went to my first meditation class tonight. It was awesome. And it cost only $5. It was a thirty minute meditation, followed by a thirty minute dharma talk, and then cookies and tea. It was amazing. They were incredibly welcoming. Check them out here.

Banksy: The incredible and elusive street artist left his mark on the Upper West Side last night so I went right over to see it this morning. Pretty amazing.  My dad was with me and asked me to tell him when he gets arrested. After which he asked me to email him the photo and he put it on his FB wall. 😉 Central Park: And lastly today I spent the afternoon with my dad taking photos in Central Park. We walked around most of the park (except north of 100th, just because we ran out of time), walked through the Whitney, and got lunch at Untitled. My dad had shockingly never seen the Reservoir before, or Bethesda Fountain (even though he did see the original Broadway production of Angels in America (part 1) in the early 90’s!). It was a nice day! Overall: Not a bad 9 days off. 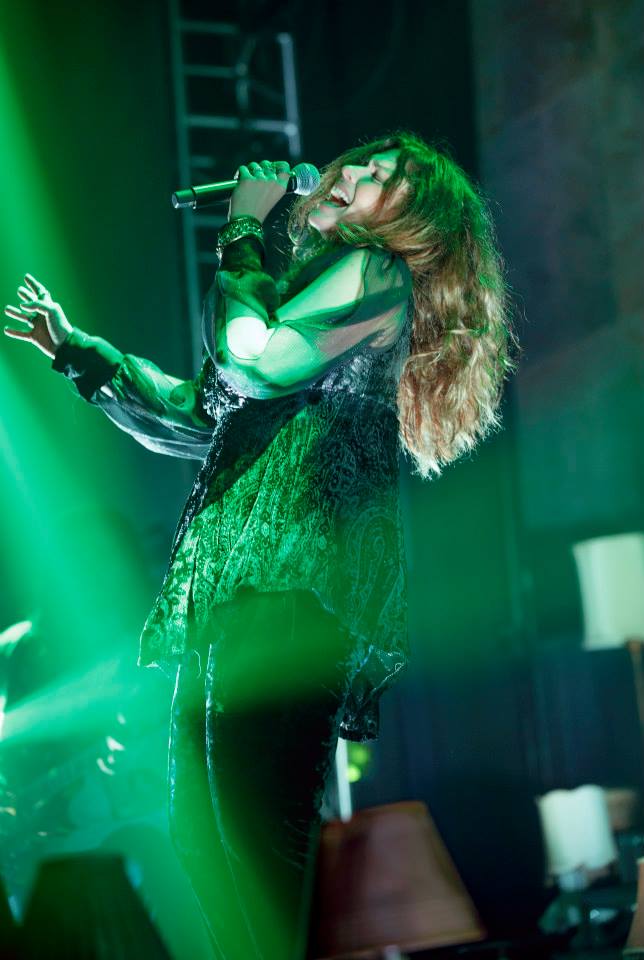 Eleven years ago I saw Love, Janis off-broadway at what is now known as Le Poisson Rouge. It was my first exposure to the blues rocker’s music and although I totally enjoyed it, it was probably the last time I heard any of her music until last Tuesday night when I was invited to see a performance of A Night With Janis Joplin at the Lyceum Theatre.

The story was similar to that of Love, Janis (as in it was the story of her life) except it also focused on the blues singers who influenced Joplin greatly, such as Nina Simone, Odetta, and Aretha Franklin. The audience was treated to a platter of Joplin’s greatest songs, as well as those from her influences.

The audience was full of baby boomers who were jumping in their seats with joy, and standing after most of the larger numbers. It was thrilling, to say the least. I imagine it’s how I’ll act at a Broadway show about Green Day’s career in the distant future.

The entire cast was great, but special mention must be given to Mary Bridget Davies who flawlessly portrayed Joplin. My friend who was with me told me he thought she sounded exactly like the real thing. My only criticism of A Night With Janis Joplin was the length. It was two and a half hours long, including an intermission. It would’ve been just as enjoyable to skip the intermission and cut it down to an hour and forty five minutes.

Other than that: A Night with Janis Joplin is a good night indeed.

Full disclosure: Tickets were provided by the producers.