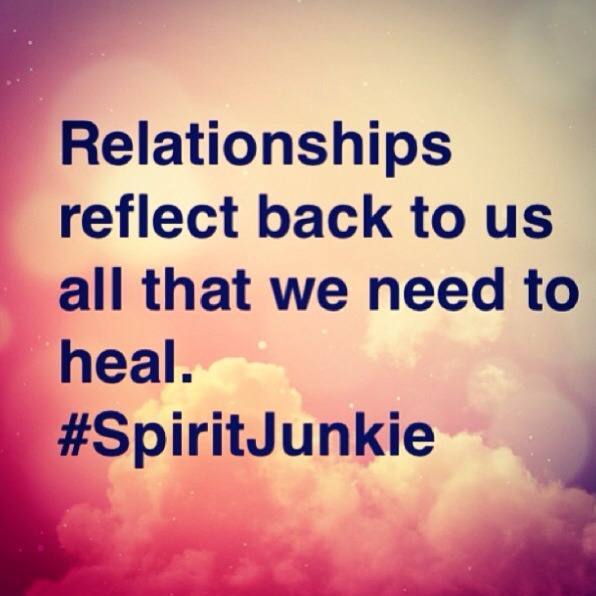 On Monday, I ended my relationship. It was hard (especially because it had to be over the phone) and I miss having him there to talk to whenever I wanted a LOT right now. But it was the right thing to do, for sure. I was trying to figure out what I learned from the relationship and what needs healing (see above). I’m still trying to sort out what needs healing but this is what I learned:

1. Long distance is not for me when the other person is not as invested. In fact it might not be for me under any circumstances. Though I did like it for the fact that there was no way I could lose track of life in the other person’s life because we couldn’t hang out 24/7.

2. When someone says they’re working on their issues but not seeing a therapist, they’re not really working on anything.

3. When someone said they’re still dealing with baggage from a relationship that ended three years ago and they’re not seeing a therapist about it…

4. Don’t start a relationship with someone who says they’re going to move to your city. It’s likely an empty promise.

5. Pay attention to subtle shifts in that person’s personality. It’s not always in my head.

6. I should keep asking for what I want because I deserve it.

8. Relationships are hard and take work.

9. Honest and open communication is key.

10. Florida really is the worst.

He knows I’m angry right (and justifiably so). I told him the one thing he could do to makeup up to me is to go sort through his issues in therapy. I know he won’t though which just makes me sad – for him. No one should have to go through their days with that much old baggage.

We want to friends, eventually. I hope we’ll be able to have a friendship because we got along really well. I miss his sense of humor. I’d be lying if I didn’t say I missed him. Maybe the healing that needs to occur is just in my head – to not hold this relationship against every new guy I meet in the future.