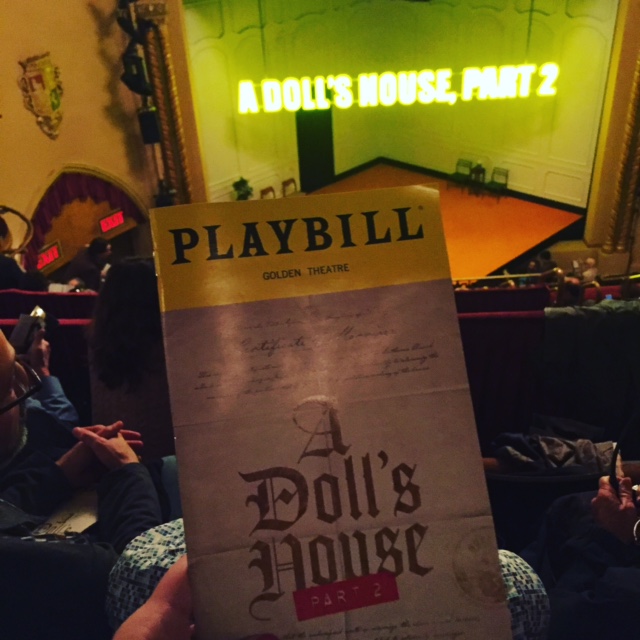 Friday night: BANG! Said the Gun had their second installment. It was, again, AWESOME. I highly encourage you to check it out, last Friday of every month. It’s a slam poetry night that originated in London.

Saturday: Yoga, duh. Then I chatted with a lovely International Politics professor from Baruch in The Hungarian Pastry Shop, picked up “Street Justice” for $6 from Book Culture, and listened to the Columbia University band practice out on their quad. Saturday night I celebrated my best friend’s husband’s birthday at Subject, L.E.S. It was a cool place with $6 Abita, but it was too crowded. They also lost my credit card (which I’d just activated that day) until I looked on the floor behind the bar and was like ‘IT’S ON THE FLOOR. RIGHT THERE.’ I don’t think I’ll be heading there again. Also: the Lower East Side on a Saturday night? Shit show. We all know this, but come on. Really, it’s a shit show.

Sunday: I tried out a class at the new 104th/Broadway Yoga to the People. It’s a great place to go for experienced yogis but I wouldn’t suggest it unless you have a solid practice already. I bought the wallet (on the right) that you see above at the street fair on Broadway. It’s from a company called Big Skinny and it’s amazing and so compact. I ventured later on to Brooklyn to see Ghosts at BAM (review coming!) and went with a lovely guy to an Italian restaurant called Frankie’s 457 in Carroll Gardens. Another upside to my new purse? The middle part is the perfect size for fitting Playbills. 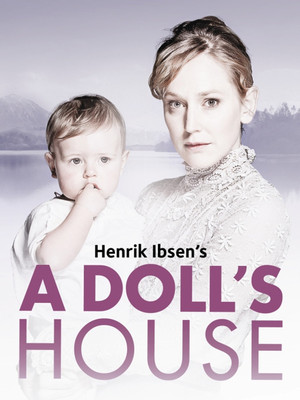 I studied Ibsen’s A Doll’s House numerous times in college but I’d never had the chance to see it onstage. I loved the history of play – being forced to adopt an alternate ending for the first few decades because the idea of a wife leaving her husband and children was so unbelievable – and I appreciated the themes even more now as an adult.

Since it’d been a while since I’d read the play I’d forgotten what a crazy person Nora, the protagonist, is. She’s materialistic, loves money, and counts hers daily. She’s just fine with being called a little bird, a sparrow, etc. by her husband and taking care of his children when her nanny isn’t around. A childhood friend of Nora’s, Christine, makes a surprise visit in desperate times. As the play progresses and there’s a chance that an old secret could come out to her husband (Torvald) that would ruin Nora in his eyes forever, she grows a thicken skin. In her eyes she was doing what she had to in order to keep her husband alive and in the process she’d committed fraud. As the long-time secret is finally revealed, Torvald says he’ll forgive her and calls her his child. This is where she breaks and decides to leave him and be on her own.

Like Machinal, she needed to get out of her life and be on her own. If that meant deserting her family, the unthinkable in those days, then so be it. It was so brilliant to see a woman coming into her own and asserting her right to put herself before her family. I’m assuming this was very uncommon during this time period (as it’s still uncommon sometimes presently, which is so, so sad).

This transfer from London’s Young Vic is exquisite. The set (another rotating set! this time by Ian MacNeil) is perfect. You see the rooms and hallways of this tiny apartment as it spins and makes the scene changes incredibly quick. The lighting (by Guy Hoare) is moving as well.

But the best part of this production? Mabel Clements as Nora. She was outstanding. Her transformation from a man’s little bird to her own independent human was precise and most importantly believable. She was fantastic and I hope she does more theatre in New York.

The cast was pretty fantastic all around, all were on the same page, and included Simon Desborough, Nick Fletcher, Leda Hodgson, Caroline Martin, Hattie Morahan, Dominic Rowan, and Steve Toussaint. There were also two children, and one tiny baby who makes an appearance for about 60 seconds (I wonder if he/she is getting equity minimum for that!).

BAM’s production of A Doll’s House is perfection in every way. Go see it now.

And thanks to David for taking me along!

This is awesome.  Why was this not publicized more?  I’m taking a trip out to Brooklyn on Saturday.  Who wants to come?