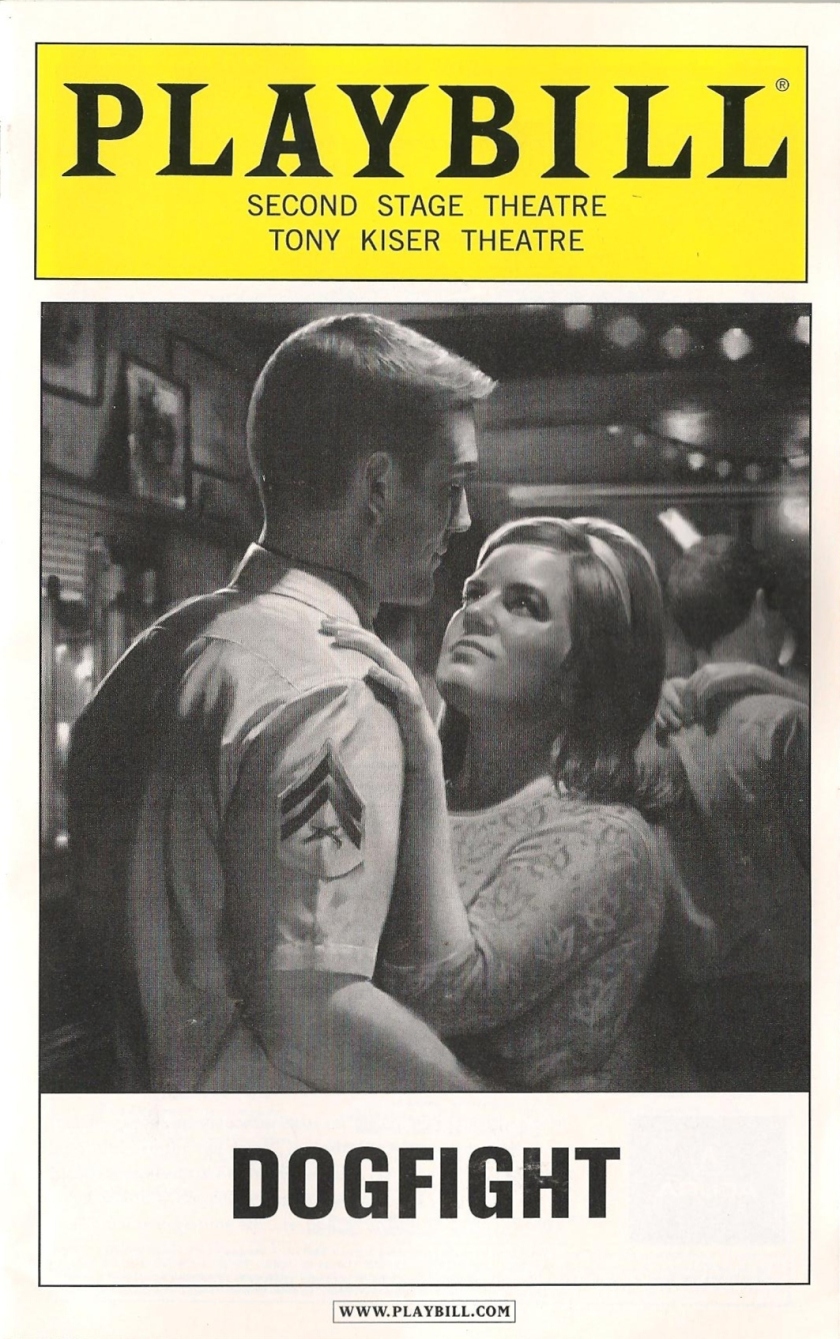 When I interned for a well-known producer of benefits and concerts in 2006, I became acquainted with the musical talents of Benj Pasek and Justin Paul. On May 14th of that year, we produced a concert staging of their musical “Become.” It was a great success, to say the least.

I’d heard a lot about Dogfight, the Second Stage production that closed in midtown today, and mostly that it was fantastic. After Kristen and I got our tickets for Into the Woods (at the Delacorte), we hopped on the train and got two last minute tickets the third-to-last performance. Excitedly, we sat down, unsure of what to expect (and I admittedly, barely knew whether or not it was a musical or straight play).

Based on the little-known-about indie film of the same name, Dogfight is about a group of marines who have a dogfight on their last night before shipping out “to some country named Vietnam.” A dogfight is a dance in which every marine brings the most unattractive girl they can find, and whoever brings the the ugliest, wins a cash prize. The night of the dogfight, the main antagonist, a marine named Eddie (played by Derek Klena), falls for his date, a not-so-homely diner waitress named Rose (Lindsay Mendez).

The score, by Pasek and Paul, is terrific. Duh. That was the one thing I knew I didn’t have to question. The story (book by Peter Dunchan) was interesting, heart breaking, with a lot of hilarious one-liners too. I also really enjoyed the cast, the aforementioned Klena and Mendez (though her head voice needs to be strengthened a bit, but her belt is great), along with Annaleigh Ashford (hilarious), Nick Blaemire (endearing), and Josh Segarra, and an ensemble that’s energetic and entertaining.

My one constructive criticism for Dogfight was the ending. I felt it was weak because it was incredibly vague. Do I think Dogfight should transfer to a 500+ seat Broadway house? No, probably not. It’s an intimate show that would lose a lot in say, the Jacobs. Also it’s very dark, and I don’t see that doing exceedingly well right now on Broadway either.

But was Dogfight great? Oh yes. Pasek and Paul have arrived (officially) and I have a feeling that they aren’t going anywhere.