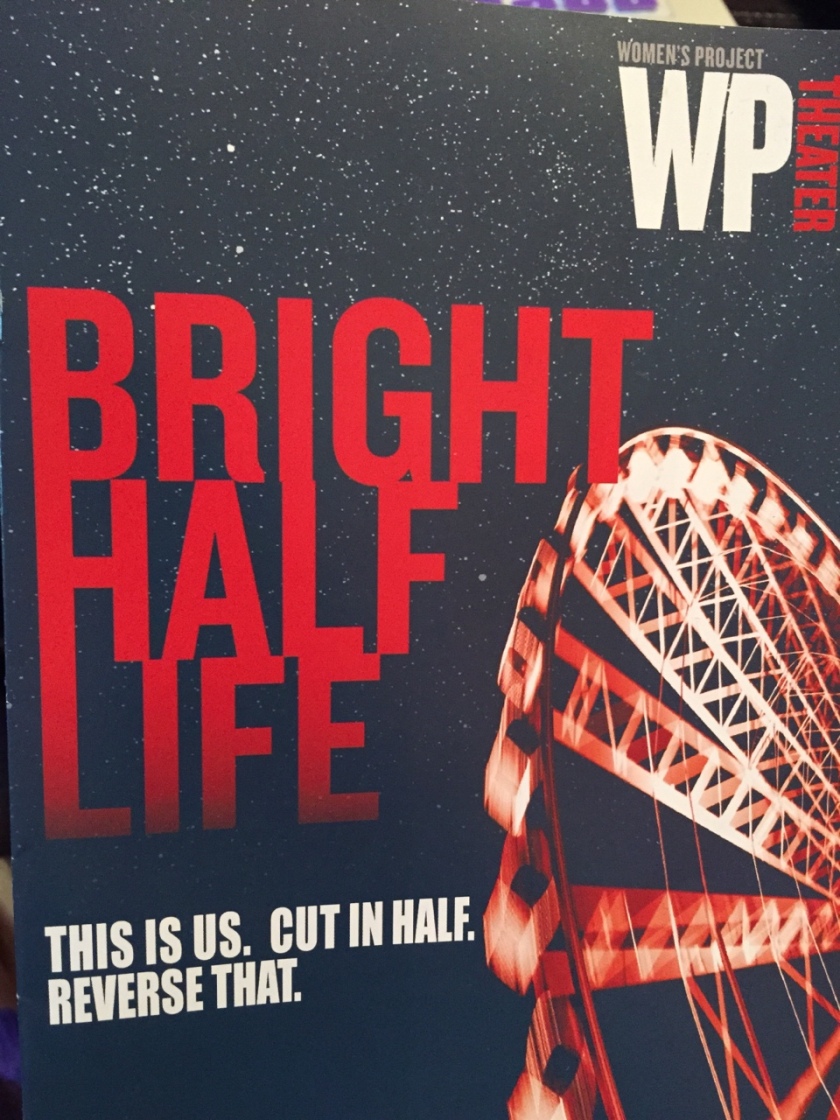 I saw Bright Half Life at MTC’s black box theatre last Friday and although the two women in it (Rebecca henderson and Rachael Holmes) were very good, I left scratching my head asking why I bothered spending 70 minutes in that theatre.

Bright Half Life was exactly the same thing at Constellations but with a lesbian couple instead of a heterosexual couple.

I have no idea how this got produced. At all. If you want more insight into what it was about, read my Constellations comments but basically it was watching a relationship from beginning to end and lots of jumps in time.

I still have no idea how this and Constellations got produced during the same season.