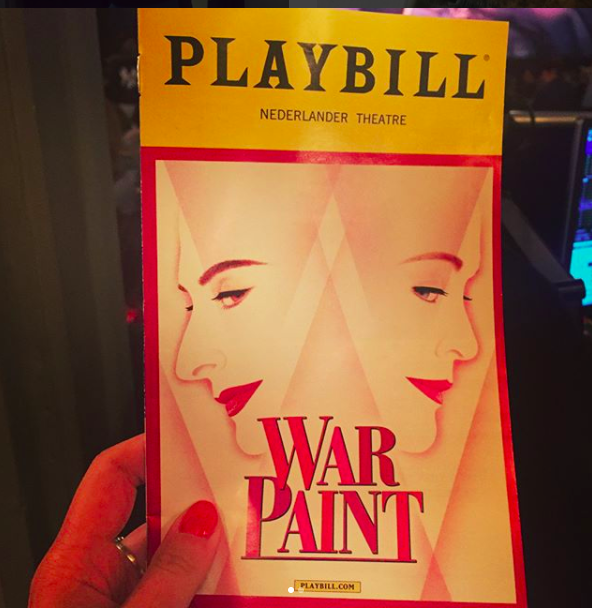 I began my Labor Day Weekend with a performance of the musical War Paint on Friday evening. I had minimal expectations because, honestly, I hadn’t heard much buzz about it at all. I knew Patti (Lupone) and Christine (Ebersole) would be fabulous, so that’s really all the convincing I needed to go see it, and I knew it was about some rivalry between Helena Rubenstein and Elizabeth Arden but not much else. Douglas Sills was out that night and Chris Hoch stepped in for him. I wasn’t there to see Sills, so I couldn’t care less.

I have to say that I really enjoyed the story the most (Doug Wright did a great job with the book). Helena Rubenstein is my new hero, although she was portrayed a bit more punk rock in the script than in real life (for example: she had kids in real life which were never mentioned). We began in the 1930’s when Rubenstein moved back to New York City and Elizabeth Arden finds out from her associates and: drama. Arden’s salon is the ultimate destination for feminine pampering (and everything is “Arden pink”) and Rubenstein sells herself as beauty + science. It was because of the questionable ingredients they both used in the “age-defying” products that the FDA decided all ingredients must be printed on the bottle (thank you!).

Helena Rubenstein was, at one point, one of the richest women on earth and attempted to make an all-cash offer on a penthouse triplex on Park Avenue. When she was denied board approval because she was Jewish, she instead bought the entire building and lived in the triplex for 35 years until she died (per Wikipedia).

Elizabeth Arden’s first marriage falls apart in part because she won’t give her husband any credit for the sales work he’s doing. She says, “The moment I give you [her husband] credit is the moment I lose all of mine.” So true.

These two women detested each other and only met once.  They died within months of one another, too.

The music was fine – as in I don’t remember hating it. The dancing was also fine. But really, everyone was there to see LuPone and Ebersole and they were AMAZING. They are worth any price of admission (within reason, unless you’re Rubenstein-esque levels of rich then by all means, buy premium tickets). You should put “seeing two powerhouse women portray two powerhouse women onstage” on your bucket list right now because OH MAN.

War Paint is your standard length – two acts, two and a half hours long, but I never felt like it dragged. It was too much of a pleasure watching those two badasses onstage to check my watch.

And finally, I’ll leave you with a photo of Rubenstein’s childhood home in Krakow that I took last year while I was in Poland. (It’s the little green house.) 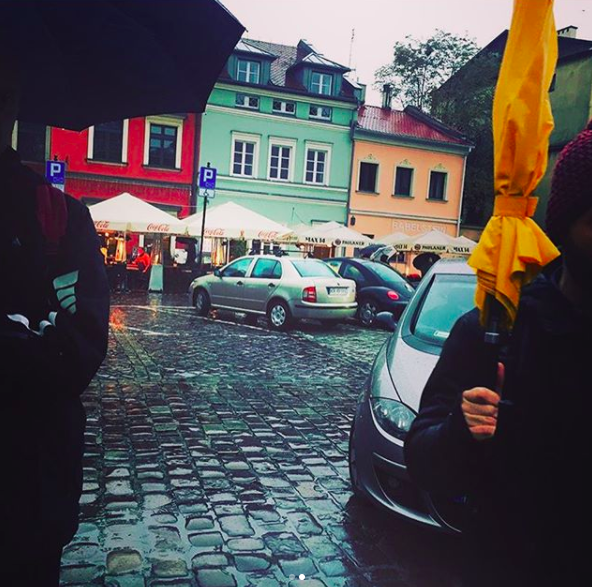