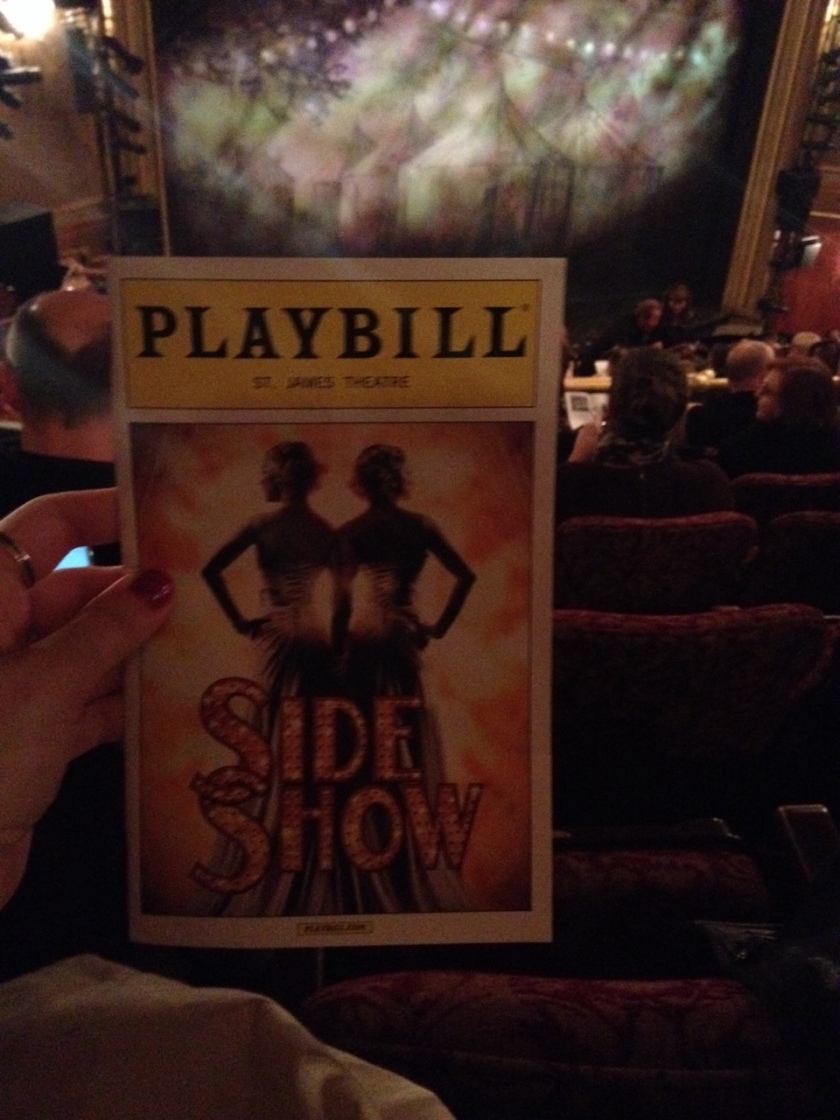 On Saturday before meeting Kristen at Cafe Edison, I swung by the St. James and picked up two of the last rush tickets for the matinee of Side Show. It was opening soon (Monday night!) and we were already feeling like we were the last people to see it, so off we went. After a lovely and chaotic lunch at Cafe Edison (matzos ball soup and blintzes, of course), we headed over to the St. James. It was press weekend so the house was packed and you could tell from the energy inside that there were a ton of super fans there.

I was excited to see a professional production of the show after having heard the score so many times and seeing an off-Broadway version years ago. And also the buzz surrounding this one was ridiculous.

Overall it’s a fantastic production of a happy, yet deeply depressing show. There’s not really a happy ending. Luckily though Erin Davie and Emily Padgett sing the absolute shit out of Henry Krieger and Bill Russell’s beautiful score. While Matthew Hydzik, Robert Joy, and Ryan Silverman were all lovely, David St. Louis showed them all up. He had a powerhouse voice and acted his role (Jake) fantastically. I have lovely memories watching him as an Collins’ understudy and in the ensemble in Rent, and he definitely deserve the Tony nomination he’s going to get for his performance.

This is a brilliant staging of the cult favorite with a stunning cast. Although I don’t get the fan girling around Side Show, I’m really appreciative to have the opportunity to see this production. If you love musical theatre, you should go see it too.