This photo makes me nostalgic for Warsaw. Out of the three cities that I visited in Poland in October, Warsaw was my favorite. Warsaw had history spilling out of every corner.

Krakow was beautiful because it was basically untouched by the Nazis (and Russians) during WWII so it’s all original and old AF. But Warsaw was completely decimated during the war. The photo you see above is the Old Town Square. After the Polish attempted their first uprising, the German’s, who’d left the Old Town alone for the most part because it was treasured (obviously, look at it), gave a big middle finger to the Polish people and destroyed it.

This is what the Old Town looked like after the Germans destroyed it.

After the war, the Russians and the Poles rebuilt the Old Town. The Russians wanted to show the world what fine work they could do and that communism was great. On the other hand, 500 feet away stood the Royal Palace which took twice as long to rebuild because a palace didn’t exactly align with Communist principles. But the brilliant rebuilding and duplication of the Old Town is why it’s an Unesco World Heritage Site now.

Warsaw has so much more history than just the Old Town Square and that’s why I loved it so much. Hopefully I’ll get around to writing about them soon.

On one of my last days in Poland, while I was in Gdansk, I got on public transport and after traveling for 45 minutes in the wrong direction, I hopped off, got a kebab, and caught the first cab I saw back in the other direction to Westerplatte, a peninsula where the German’s fired the first shots of World War II and invaded Poland.

People often make fun of Poland because of how easily they surrendered to Germany at the beginning of WWII. But there are reasons why they fell so quickly. They were a young country, having just received a place back on the map after WWI. They lost about 6 months of militarization because they joined the alliance with France and England and when they asked if they should start to mobilize, England said, “Don’t worry about this Hitler person. We’re going to sit down and have a civilized talk with him.” And third: when Germany did attack, the Allies did nothing. So, yes, they lost their freedom rather easily.

Anyways. All that’s left at Westerplatte are destroyed bunkers and a monument dedicated to everyone who died fighting there. The monument is pretty cool looking, and it’s surrounded by flags from many different countries. The white words at the end of the flags (photo 3) say “Never Again War,” in Polish (so I was told).

It was a cold day when I went and there was barely anyone else there when I arrived. It was quiet and eerie. I took in the beautiful and freezing views of the Baltic Sea (photo 2) before making my way back to the bus stop to head back to the Old Town.

Despite getting lost and it taking forever to get there, I’m glad I went to visit such a historical and haunting piece of the world.

Long time, no post! Apologies if you’ve noticed; I’ve been abroad. I knew that when I was in Poland for 10 days that my meditation practice would pause. It did when I went to Scandinavia last year and I made the decision to change my expectations and not to beat myself up over it. The last time I meditated was the morning was on the flight from Frankfurt to Krakow and I was OK with that. I was a little anxious that I would have trouble sleeping without meditation. But aside from that one day when I drank three cappuccinos (damn you, caffeine), I had zero trouble sleeping thanks to walking 12 hours a day (and the mulled wine, and pierogi, etc).

I started meditating again yesterday morning and it feels totally easy to slip back into my two 20 minute meditations a day. Six to seven AM are my time to meditate, check my email, and pet my cat again.

I’ll get more posts and photos up about my travels, but if you need to see photos in the meantime, you can head over to my Instagram.

(Photo is of a church in Gdansk, Poland.) 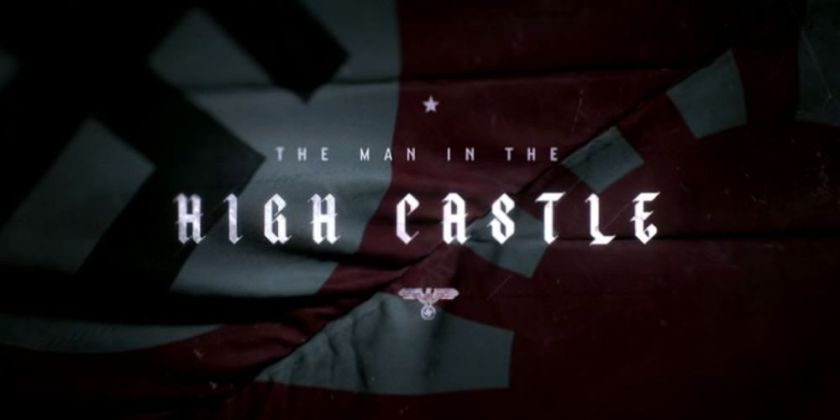 What’d we do after brunch and the race on Sunday? We settled in with some healthy snacks (thanks, Trader Joe’s!) watched the last 8 episodes of The Man in the High Castle. This show is simply amazing – the scale of which their imaginations had to climb is staggering. Nothing could be as it was today – there were swastikas or Japanese writing on everything. Such an interesting, and scary, thing to think about, if we lost the war. The last episode dragged a little bit and the ending was a little confusing, but overall I really loved it. I think there might be multiple universes going on in the show.

I’m a bit conflicted regarding whether or not there should be a second season (and I haven’t been able to find online if there is one planned or not). It’d just be the same thing over and over, but then again, with the way things ended in season 1, there are lots of unanswered question.

If you have Amazon Prime, load this onto your Apple TV/Roku/computer immediately.

I was able to spend a really chill Friday night by myself at an advanced vinyasa class followed immediately by a restorative class. After being at my stupid for over two hours, I took myself home, made dinner, and watched American Sniper (which was really good, but I wonder how much was Hollywoodified, and it just proves my point that you should not be allowed to own a gun, especially when you come back from war and are likely traumatized – and rightly so).

On Saturday, I took the Metro North up to Bridgeport to meet my parents and drive to Keene, NH to see my brother (who’s in college there). It’s a pretty town and it’s where the movie Jumanji was filmed. The college is pretty, but 4 hours there was enough for me and we headed back to the ferry and me to the city. While I was there I had a pumpkin latte, pumpkin ice cream, and pumpkin beer. It’s fall, y’all!

During the last 10 miles or so to the train station, there was a a load of traffic, so when we saw the sign for the station before it, we pulled over and headed up to it and I made the train. Phew. Justin met me at Grand Central at 10pm and we had drinks at the Campbell Apartment (love that place, but it’s so expensive) before we cabbed it back to my place.

Sunday was brunch at L’Express with my best childhood friend and her husband, which was awesome, and then we headed to 23rd and the FDR for an Oktoberfest celebration, hosted by Zum Schneider’s (the photo above is us with Sylvester Schneider, the owner). It was super fun and over the course of 2.5 hours I nursed one stein, which was more than enough for me. We grabbed some pizza after and cabbed it home.

It was literally the quickest weekend ever. This weekend I am doing my best not to do anything at all.

I had an incredibly boring date on Friday. And that’s being nice. There was nothing wrong with him, but we had zero to talk about. I ended the date by saying exactly that. I’m quite positive he was relieved too. I was home by 9pm on Friday and I caught up on some R&R while chatting extremely briefly with a dude on OkCupid. We exchanged pleasantries and phone numbers and said we’d possibly get coffee on Sunday.

Well, today was Sunday and we met up at Khave in Hell’s Kitchen and we had a relaxing two and a half hour discussion over teas, smoothies, and tortilla chips. He was German, which I’d somehow completely glossed over on his profile, so naturally I was very interested in the difference between the two countries. (The two countries being Germany and the US, of course.) This is what I learned this afternoon:

We also discussed Backlash Theory, Malcolm Gladwell, and Freakanomics (which I have yet to read!). Though I don’t know if we’ll see each other again, I know I had a really good time talking to him and I could totally see being friends.

On another note: If Germans are as direct as he says, I may need to think about learning German and moving there. Anyone have any tips for learning German?