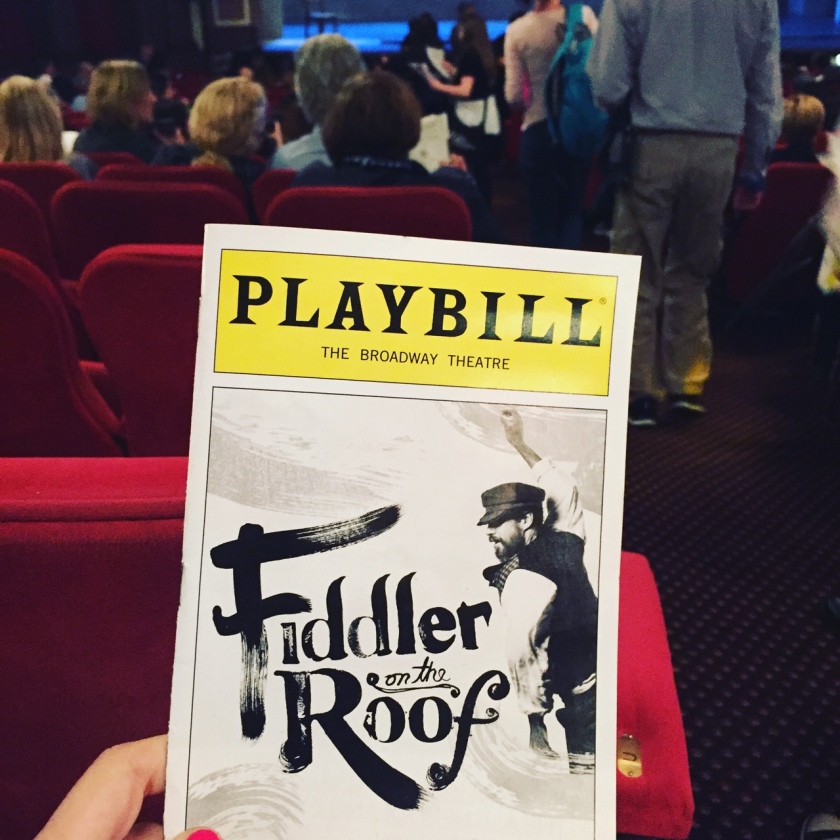 Tradition. When it was first announced that Fiddler on the Roof was being revived, yet again, I was feeling lukewarm about it. Did we really need ANOTHER revival of this show?!

We needed THIS revival of Fiddler on the Roof. I was in the ensemble of Fiddler on the Roof at a community theatre in high school and I’d forgotten just how well I knew the show. I remembered probably 75% of the lyrics. There were songs that I’d forgotten were even in the score, but as soon as the music started, the lyrics would come rushing back. This show is a classic, and not in the so-classic-it-makes-me-want-to-hang-myself way The Music Man and Oklahoma are classic. But the good kind: the kind that makes memories rush back in.

(It’s also especially relevant and timely to revive this now because of the current refugee crisis in the Middle East. But that’s for another post entirely.)

First things first: Danny Burstein is a national treasure. He’s great in whatever he does, we know this. He was marvelous in the revival of Cabaret and he’s even better in this. He gives it his all the entire time. It’s exhausting to watch. I also loved Alexandra Silber as Tzeitel. And Jessica Hecht poured her heart and soul into Golde. Oh, and Alix Korey: Oh, Alix Korey. How I’ve missed this woman. She was perfect as Yente.

The entire company looks like they’re having the time of their lives onstage and their energy floods the audience. The show is somber and the last sequence is 100% depressing but when it’s not intentionally depressing, it’s exquisite. The direction and sets and lighting are all excellent. The choreography is WONDERFUL. A lot of it felt very familiar but new at the same time.

Fiddler clocks in at minutes under 3 hours, but it never felt long. At all. Had I known how great this revival is, I wouldn’t have waited 6 months to see it.

Get thee to the Broadway Theatre.