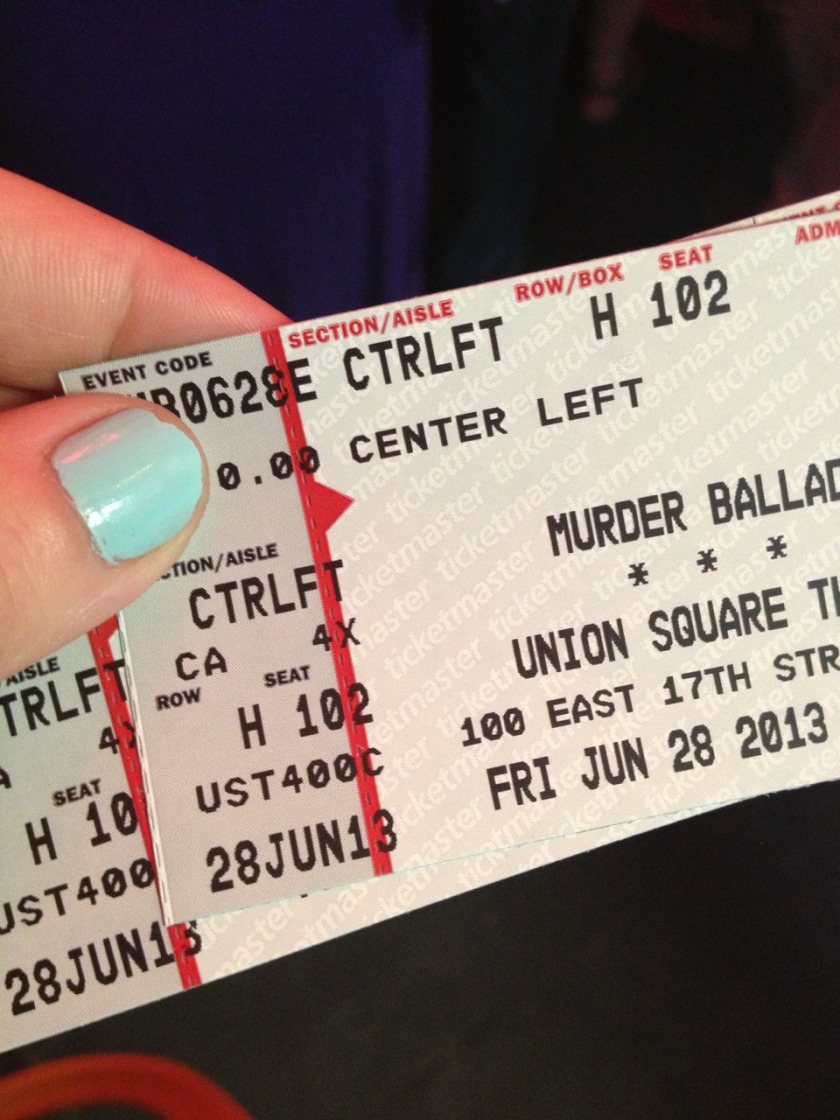 I saw Murder Ballad on Friday night after hearing numerous positive accounts from friends whose opinions I trust. Also: Rebecca Naomi Jones, Will Swenson, and Cassie Levy? Yes, please sign me up.

I guess site-specific, make your stage shows are the rage now. I guess everyone has to have some schtick and Murder Ballad capitalized on this by basically creating their own theatre in the round at the Union Square Theatre. Where I was sitting was basically where the stage would’ve been. The show’s action centers around a long bar in the front orchestra and a pool table in the house left section of the orchestra.

The plot, although semi-cliche, is compelling enough to keep you interested for 80 minutes (No intermission! Score!) and despite the upfront admission that the ending is not happy, is pretty happy. I have to admit that after being told by Jones’ character that someone dies, I spent much of the show guessing who it’d be.

The score is great. There is LOTS of belting. It’s a great rock score, with just the right number of ballads to make sure you don’t get a headache from the volume. The lighting and staging is beautiful, and very creative. John Ellison Conlee was out, so Josh Tower covered for him; and he was great.

Jones’ character is mainly the narrator who breaks down the fourth wall from the very first note. I thought she was, of course, fantastic. And like in American Idiot she wears very little clothing the entire time.

The show begins and ends in exactly the same, which is something I always love, because it gives you chills. Murder Ballad is eerier form start to finish, and it’s also quite amazing.

Murder Ballad is paying at the Union Square Theatre through July 21st.