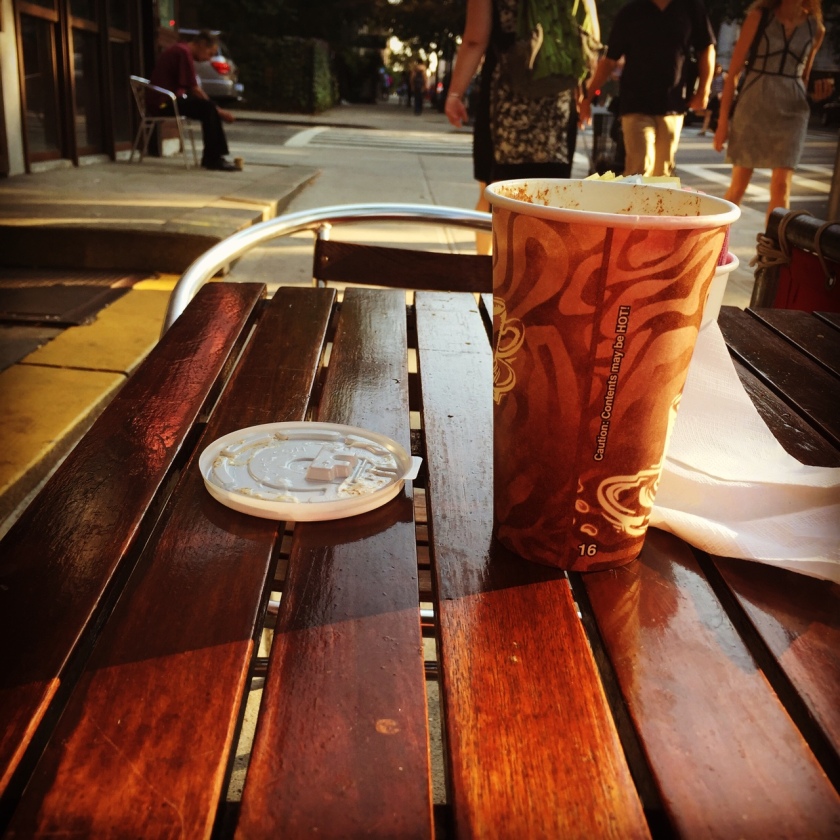 Because I ran myself ragged yesterday (in the best of ways), I decided to take this morning off from the gym and instead spend 20 minutes or so drinking a Hungarian coffee (coffee with almond extract, cinnamon, and whipped cream) and reading (current read: Spinster)  at The Hungarian Pastry Shop.

It wasn’t the suffocating 90* that it is currently and there was practically no one else sitting outside. There were hoards of Columbia students having just moved back into the neighborhood this past weekend already making it their morning routine to grab coffee on the way to their classes though. My neighborhood feels incredibly packed and busy again, but in a good way. Not in the same way that Times Square feels packed. I shudder to think that I almost moved into Hell’s Kitchen.

I think this week I have to make it my priority to take it easy in the mornings, sip coffee outside, read, and go to yoga after work. I probably won’t, but it sounds nice.