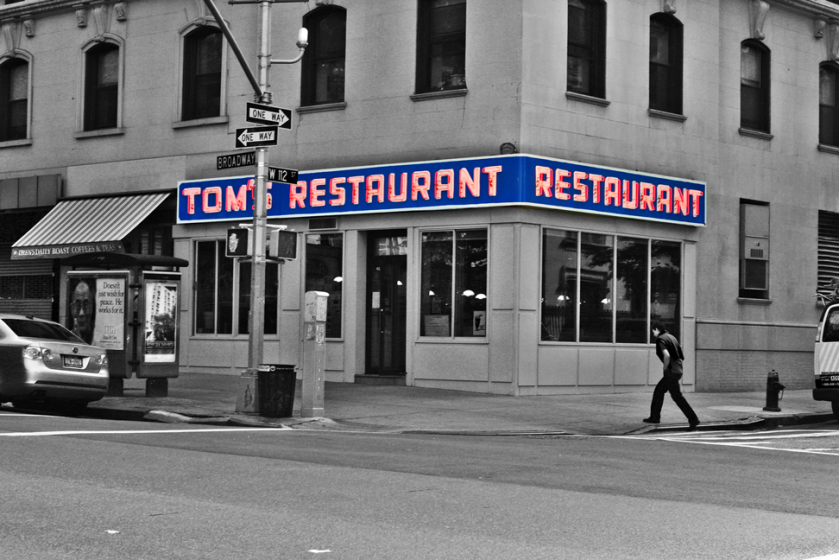 Today was good. After working on my apartment all day yesterday with my parents, I spent a bunch of hours today packing, punctuated by a trip with Ben down to the New York Indie Film Festival to see “Tom’s Restaurant – a Document About Everything.”

I’ve never watched Seinfeld, but I wanted to see this because I’m moving into an apartment a few blocks away and this was more about the neighborhood than Seinfeld. I enjoyed it, but it was long, and the regulars they interviewed went off on tangents a lot.

Afterwards we went to eat at the actual Tom’s Restaurant on 112th and Broadway (my appetizers were eh, but his burger was really good, and the milkshake was really good too). It was quiet and just a bunch of neighborhood people – with the occasional tourist to take a photo of the outside or the photos inside.

Afterward I showed him my apartment and then I came home to marathon a bunch of Law and Order SVU episodes while packing. Sunday funday, indeed.