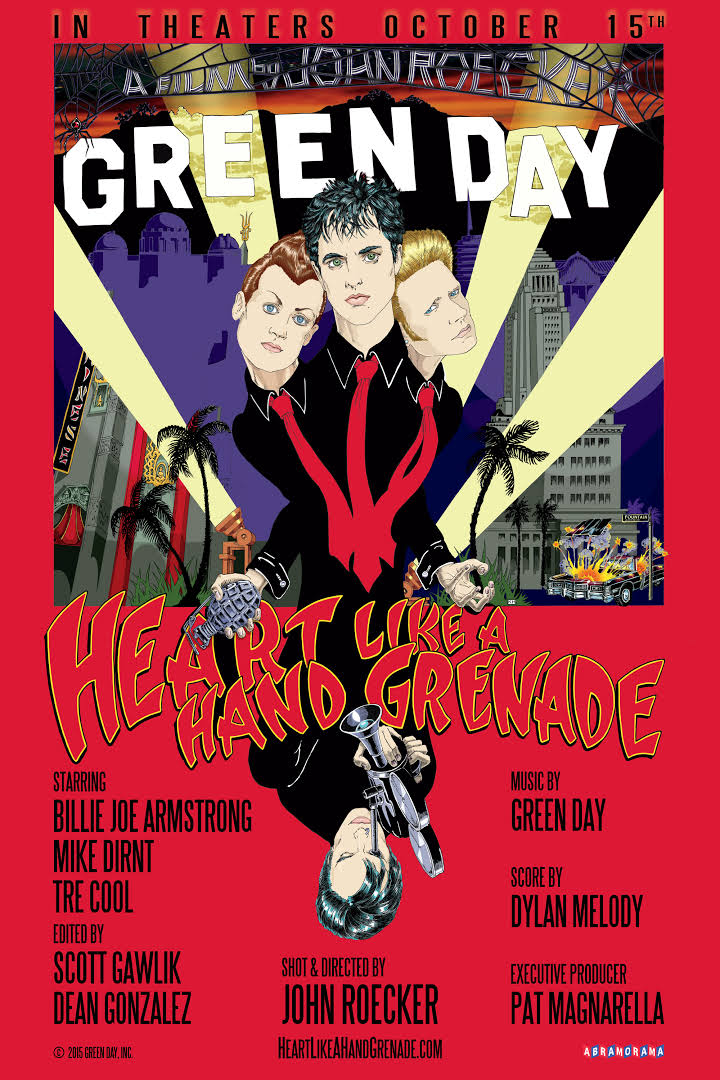 Ben and I caught one of the two (or three?) screenings of Heart Like a Hand Grenade, the documentary about the creative process behind Green Day’s American Idiot, last night on the Upper East Side. Our theatre was half-empty but it was nevertheless a good time.

Heart Like a Hand Grenade was like sitting in your living room and reuniting with old friends for the first time in a while and picking up like no time had passed at all. It was like listening to your favorite high school album for the first time in a decade (even though we all know that we have for sure listened to this album at least a couple times a year for the last 11 years).

The lights went down and onscreen was a notice, “PLAY THIS MOVIE REALLY FUCKING LOUD.” To be honest, they could’ve played it louder, but I’ve been hard-of-hearing from Green Day before so it’s probably best that it wasn’t. Billie Joe and Mike haven’t aged a day in 11 years. They took us through every track on the album, the recording process, the mixing process, and mixed it with cuts from a concert in California, presumably the first time they played through the album (oh, to have been there..). I laughed when Billie Joe was complaining about people on message boards trashing Warning and I wanted to jump up and be like, “Fuck those guys! Warning is the best!” You know, after American Idiot and Dookie.

HLAHG was funny, serious, sad, and hilarious. The guys even thanked the fans in the credits: “Thank you to the fans who waited 11 years for this documentary.” You’re welcome, dude. As big fans: we left the theatre happy and sated. If you are in the music business or a Green Day fan, this is definitely worth a watch.