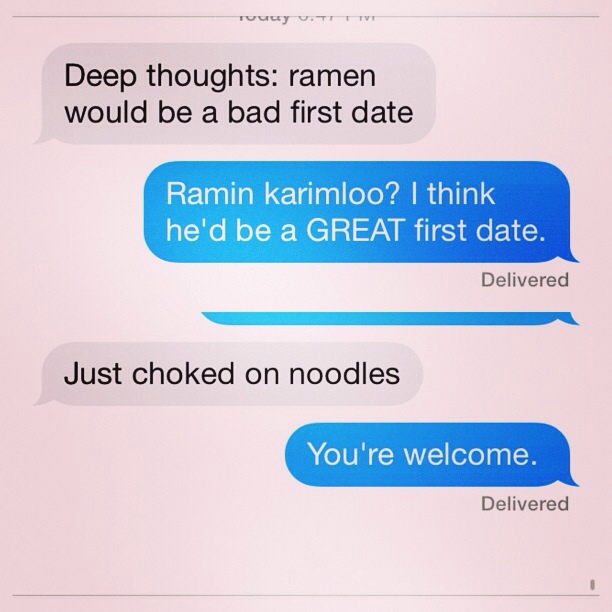 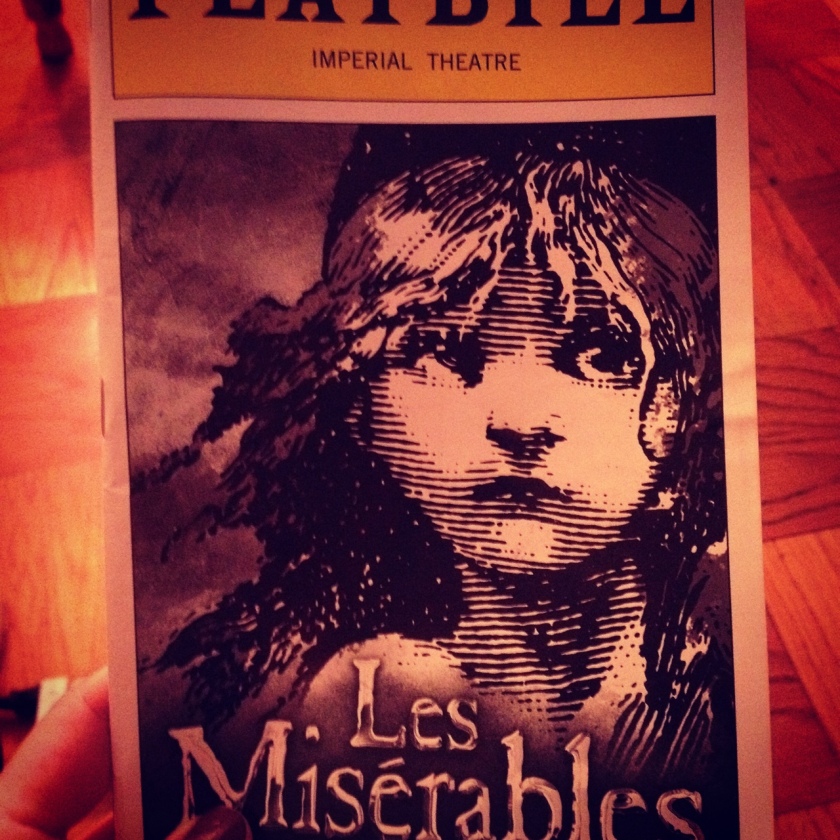 I’d been really slow with getting around to see the newest revival of Les Miserables. Wasn’t it just a few years ago that I was seeing another revival? Oh wait, yes, it was. And listening to the monstrosity that was Nikki James’ voice on the Tonys, I wanted to wait until she was out. BUT I saw this production last Saturday afternoon and I loved it. Still. I saw Les Miserables three or four times as a kid and it was one of my first “favorite” shows. I was looking forward to seeing the new staging but also worried. Les Miserables without a turn table?! WHAT?!

They’ve taken the show and made it a bit more like the movie. But don’t worry – it still clocks it at around 3 hours. I was sort of dreading seeing a three-hour show, because… 90-minutes-no-intermission is the standard for new shows these days so we’ve been spoiled. But I had no trouble sitting through Les Miserables in all of it’s depressing and humorous glory. The cast brought many tiny nuances that I don’t remember noticing from the last production(s) which brought it more to life for me.

Ramin Karimloo, who stole everyone’s heart in the 25th anniversary concert at Marius, was fantastic at Jean Valjean. Except that he looked like a Backstreet Boy in the first few scenes. If he was in jail for 19 years, he went into jail when he was about 5. His voice is fantastic, his acting was fantastic, and he is ripped so they used whatever opportunity they could find to have him take his shirt off – which was very odd for a Valjean to do, but we suffered through.

Nikki M. James, I’m happy to report, only sounds like a bag of dying cats during what you saw on the Tonys (One Day More). Otherwise she’s playful and endearing, and her On My Own is great.

Cassie Levy was fantastic as Fatine. It’s such a small role so that’s unfortunately but I love her and her voice. She is just beautiful and amazing. That’s all I can say.

Keala Settle and Cliff Saunders as the Thenardiers were hilarious, as they should be. No complaints.

Earl Carpenter as Javert, joining Broadway from the London production, was great too. He did was Javert was supposed to do and he didn’t sound like Russell Crowe. We were happy campers.

As much as theatre snobs like myself usually hate projections, they were used sparingly and really added a lot to the show. I thoroughly enjoyed this 3-hour tour-de-france and I could do it again and again if you asked me to.

Put your theatre snobbyness aside, get over the loss of the turntable, and go. 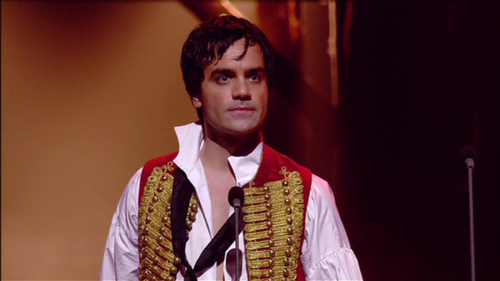 This is Ramin Karimloo.  He portrayed Enjloras in the 25th anniversary concert presentation of Les Miserables on PBS tonight.  He has an unbelievable voice and one of the prettiest faces I’ve ever seen.  He kept my attention tonight because I almost had to turn it off whenever Nick Jonas opened his mouth.