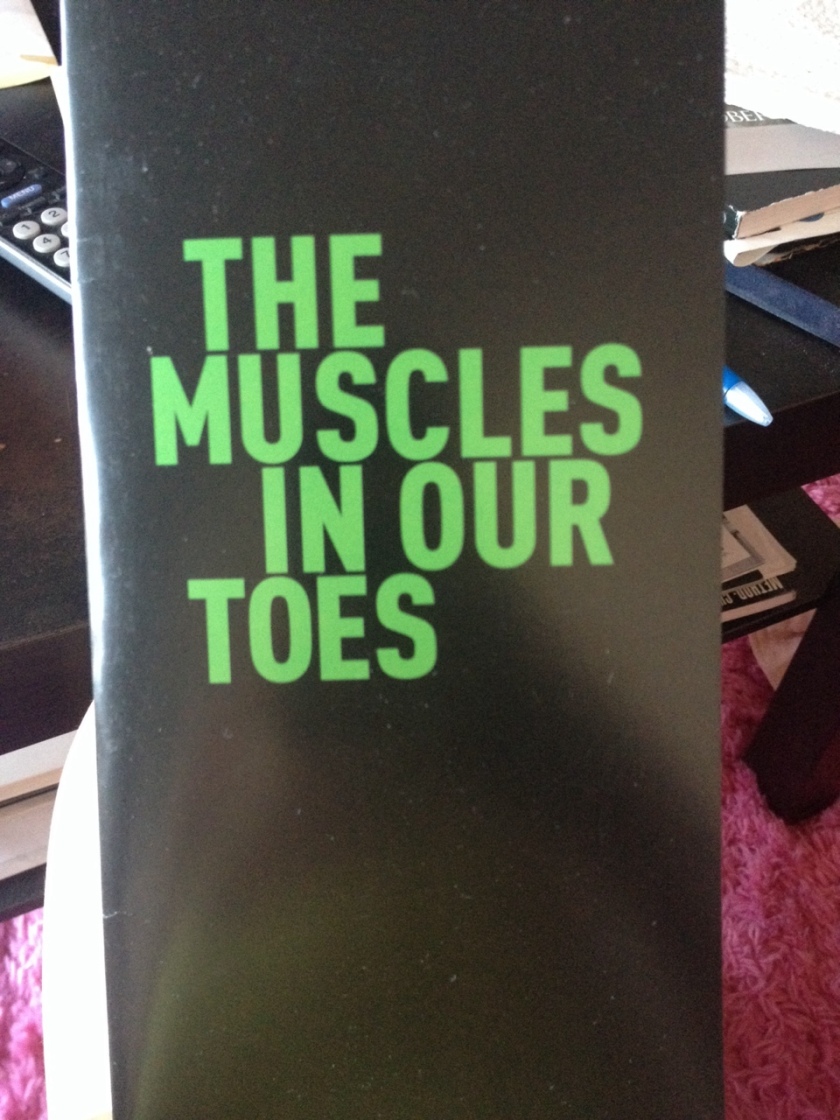 So the Labyrinth Theater’s production of The Muscles in Our Toes, by Stephen Belber, closed on Saturday night, but I wanted to write about it regardless. Because it was really ridiculous (in a good way).

The Muscles in Our Toes was a ridiculous comedy about a bunch of high school friends coming together for their 25 year reunion. When one of their beloved classmates has supposedly been kidnapped in Africa and nothing is being done to get him back, this group of old friends devises a plan to wake the government up themselves.

Does it sound ridiculous? Well it was. It definitely was. Was it entertaining? Oh yes, it was that too.

Bill Dawes as Les lead the cast fearlessly. Amir Arison was hilarious and probably my favorite of them all. Rounding out the small ensemble cast was Samuel Ray Gates, Matthew Maher, Jeanine Serralles, and Mather Zickel.

They were all great, but the plot has the ridiculous confidence that most American’s have – which is too much.