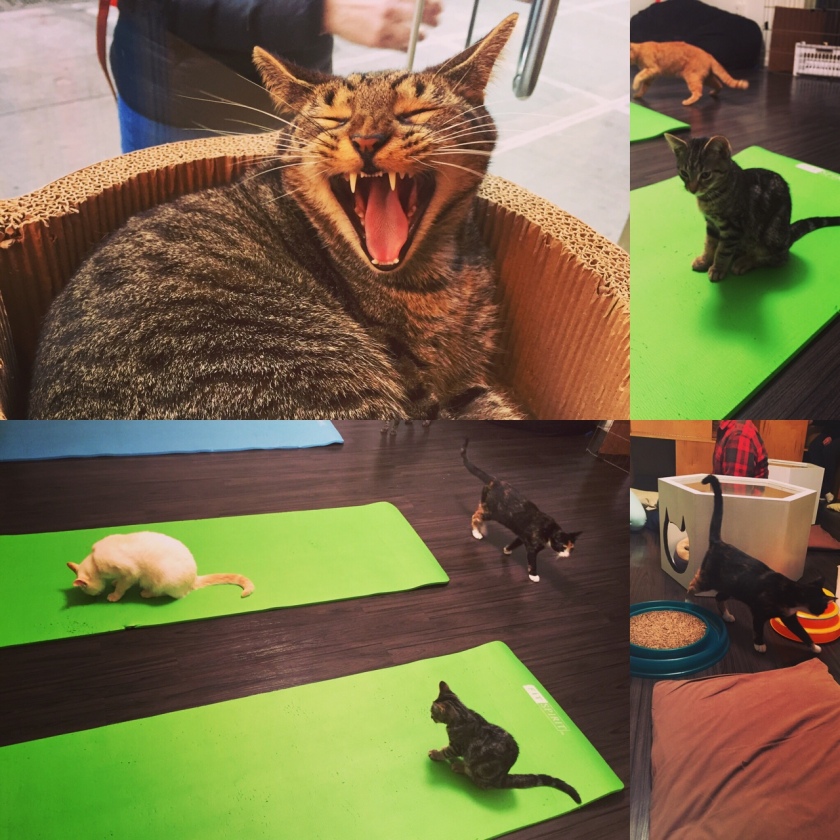 Last Thursday, I headed down to the LES for yoga and kitty time at Meow Parlour. I haven’t been back since my first trip there in the winter and I was look forward to it a lot. Before the yoga class begins at the Meow Parlour, everyone gets 45 minutes of kitty time so I first got to know the cats I’d be hanging out with.

There were two ginger wobbly cats there (cats with a neurological disorder that makes it hard for them to balance, hence ‘wobbly’), as well as two tortie kittens, an older white cat, an adorable tabbie kitten, an older ginger cat, and Willie, an adult tabbie who has been at the Meow Parlour since the very beginning and probably hasn’t been adopted, according to the folks at Meow Parlour, because he takes longer than usual to warm up to humans. I loved him instantly.

As soon as the yoga mats came out, the cats that had been sleeping in the front of the store came running to the back. For some reason they love the yoga mats.

The class was an advanced beginners class for the most part. It made me feel good but didn’t tire me out. It was definitely the most distracted I’ve ever been in a yoga class though, with the cats walking around and brushing up against us. Distracting and adorable.

For $20 and a long ride down to the LES, it was totally worth it to get my downward dog on with the cats and support a great organization.